>You've got the same eye on you as is on the robots. 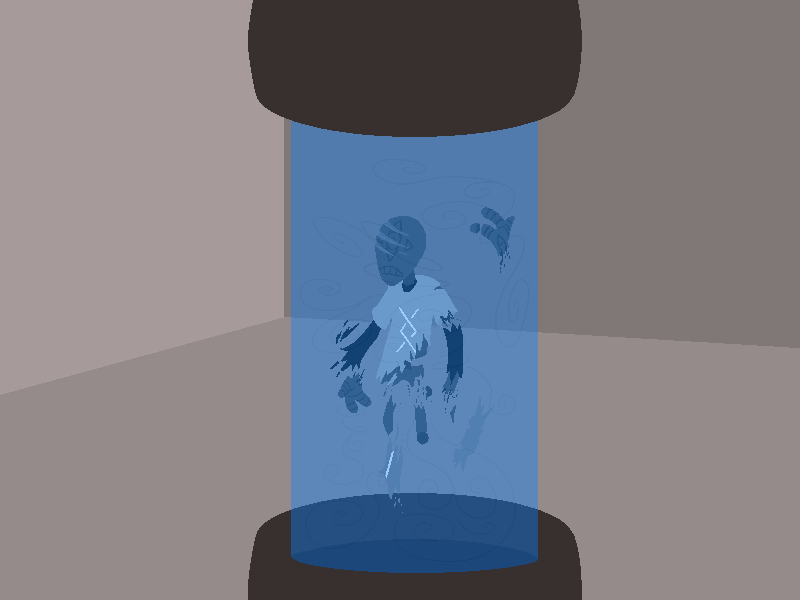 Clara points at the robot in the tank.

CLARA: “The robot things have the same eyes on them as the thing you say is your corpse.”

BONNIE: “They’re pretty different from these clothes the Location made us.”

CLARA: “Exactly! Even the robots are in clothes that are pretty similar to what we’re wearing but you’re in this strange spiky-collared robe with an eye on it.”

???: “Well, if it’s that you’re talking about, you find them in boxes after completing the twelfth trial. Or was it the sixteenth? Anyway, the Seer broke all that so it doesn’t work any more, so that’s why you haven’t seen any so far. You’re just in the basic Location clothing.”

BONNIE: “The orb could be telling the truth! How would we know?”

CLARA: “How would we know that it is telling the truth, though?”