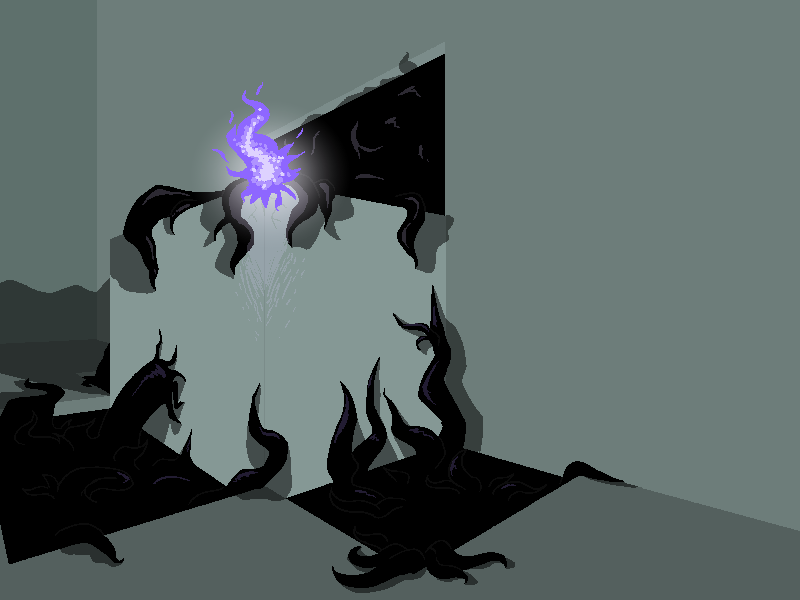 ARCHIVE: “I was finding it difficult to convince that subject to come here, so I created a smaller version of this space around him. It will keep him contained until the substrate has been rearranged.”

CLARA: “What’s special about this room?”

ARCHIVE: “I will be replacing the façade manually in this room. It is a complicated process, but I have numerous catalysed shells present to manage the effects, and it should not in any way damage your biological, metaphorical or ontological matter. It is a simple space with nearly zero point zero zero three percent the volume of the shadow of the Location, and thus will be a far simpler problem to replace the façade. It is also closer to the Centre, and thus has simpler co-ordinates for the calculations.”

You try to interject, but the Archive is apparently very interested in explaining this.

ARCHIVE: “The basic algorithms and sub-processes for the destruction and re-coalescence of a façade have not yet been updated from the six-dimensional floating-point co-ordinates. It saves time and energy to work closer to the Centre, where the degree of temporal-physical precision is within one nanosecond-cubic ångström. I have to do less error-correction, and I have been informed that some of your organs are very delicate to small changes in precision.”

DANIEL: “What about these ‘Admins’? Your ‘Aunt’ and ‘Uncle’? And, uh, ‘Pibling’? What’ll happen to them when the façade changes? You can certainly babble about technical stuff, but something more concrete about the whole ‘alien monsters’ thing would be nice.”

ARCHIVE: “They will be harmlessly disintegrated.”

ARCHIVE: “Yes. They are currently in a fleshed state of simple matter, which will not survive the state change. They will reincorporate in a short period of time, which a subroutine I can’t locate is saying will be enough time to act as ‘a window’ for you. I am unsure what that means, and am running analysis on the location and source of that Voice.”