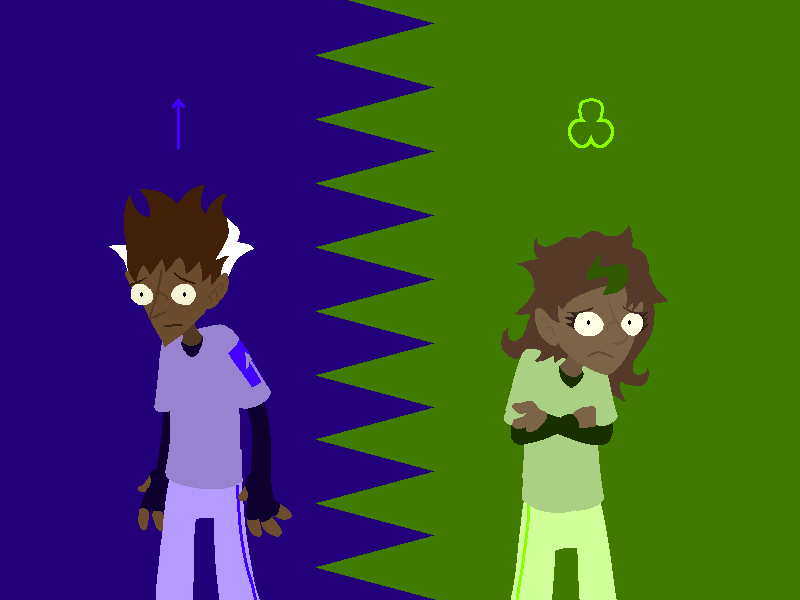 Unsurprisingly, both people who are left look reluctant, to say the least.

JACQUELINE: “Okay. If neither of you are going to step forwards, explain why you’re being hesitant.”

OMAR: “I maintain that it’s too dangerous for me to do it before anyone else. I want you all out of the way.”

CLARA: “Well, my fumes are flammable, so it’ll be made worse if I do my thing.”

OMAR: “Well, everything near there is going to be on fire once I’m done, so you best get your thing done first.”

JACQUELINE: “Look, Clara, whatever that’s going to happen is going to be cosmetic, and probably non-permanent.”

CLARA: “I’m not worried about that! Well, maybe a little.”

OMAR: “I’m actually rather worried that I’ll set the wall on fire, given that I set small bits of the floor on fire temporarily with much colder flames. So I’d hope that I was the one who unlocked the door for us to escape.”

CLARA: “And you’d just run out, leaving a floor melted to lava and us trapped!”

This argument is going nowhere fast. As the de facto leader (wait, what language is that from?), it probably falls upon you to speak reason unto the paranoid and the scared. Both of them.

What do you say?


> Talk reason unto the paranoid and the scared.