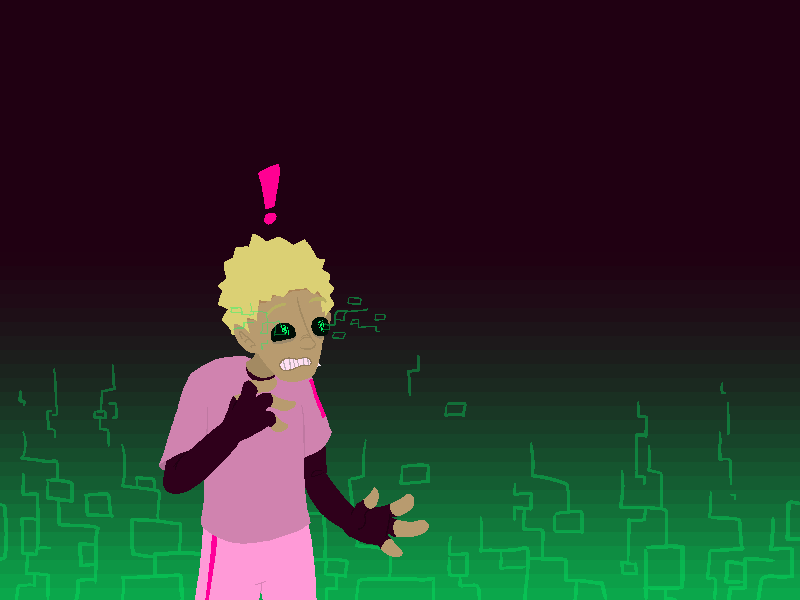 Your breath catches in your throat.

The floodgates have opened, and searing green knowledge is pouring into your brain like a pyroclastic flow. You are lost in four billion years of history, a speck within the shadow of a dead temple to unknowable gods. You are the Mind Reamer, connecting your host to a flow of information gathered by the F- No! You are Anders! As if through water, you hear the sound of a voice about to be raised in concern - the future stretches before you like a precipice and it HURTS IT HURTS IT HURTS MAKE IT STOP M- your name is Ibr- AKE IT STOP! Even the lightest touches of thought send shockwaves hurtling through y- the vibrations in the floor indicate that the Breach Cutter has fini- substance that makes up the majority of the shadow walls is a form of synthetic rock composed primarily of silica, with fractal patterns of grooves and ridges at the microscopic and then nanoscopic level to provide grip. The walls and floor were grown as part of the facade of the L-MAKE IT ST- colour choices are cosmetic, although the differences in colouration do cause a difference in physical properties due to the different sizes of the nanostructures that form the structural colours of the facad- series of artificial stars contained in discontinuous spaces designed to capture the energy t- currently under the control of Ar- walls are iridescent, although the effect is barely visible at length scales t- IT BURNS! IT BURNS! WHO AM I? WHO AM I?

It has been approximately five seconds, and you happily relinquish control of your brain, sinking into blessed unconsciousness.