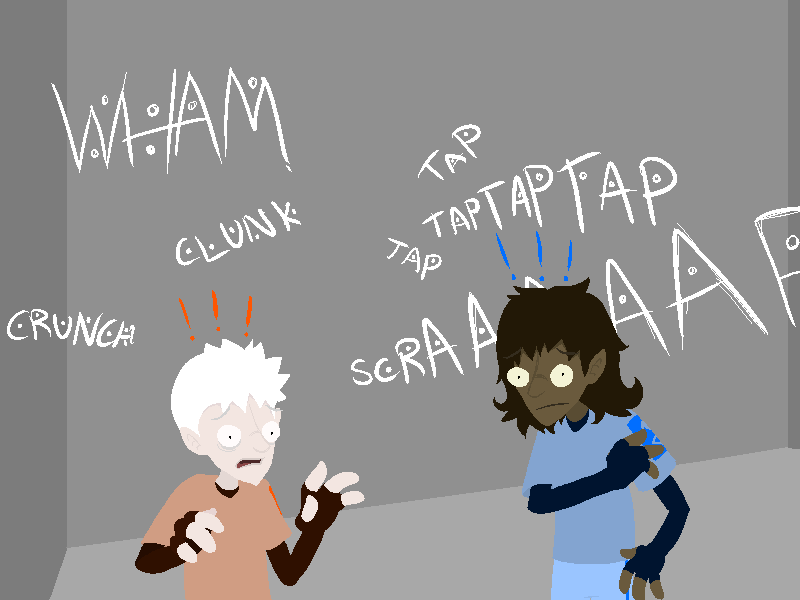 SAM: “Isn’t that slab made of the black void stuff? How can something be making noise by hitting it?”

The noises continue to get louder. Scrapes like nails on chalkboard that set your teeth on edge, or crashes and thumping noises that seem to shake the room.

And while this is going on, the relentless tapping.